We are not just wasting time, also money 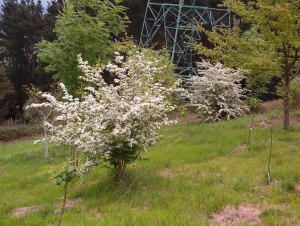 This nature paper i quite interesting because it calculates economic costs of acting against climate change earlier or later. Usually the only question a bout time is when it will too avoid reasonable 2ºC temperature increment or 550 ppm CO2 in future atmosphere (it was 450 ppm target not so long ago).

Some voices say we do not have much time left to act if we want to assure a maximum 2ºC degree limit (in principle a quite safe limit). The following sentence from Michael Brune (Executive Director of The Sierra Club) in Sierra Club’s blog is a good summary of this idea:

We have a clear understanding of the crisis. We have solutions. What we don’t have is time. We cannot afford to wait, and neither can President Obama.

I agree with the concept. I do not know if nobody can’t be sure about the exact timing needed in climate change action; there are too many uncertainties in this calculus, some scientific, most social and economical. The immediate action call is more related with another word: Inertia. This word obtained from the basic physics is beautiful and at the same time frightening. It can be applied to a wide range of things and the basic meaning is that in some cases the things have a strong trend to continue being like they were; for that reason, to change them, the action has to be continued in time and patient.

The climate has its own inertiae, the oceans need time to warm up, once they do it they need a lot of time to cool down. And our human societies have a lot of inertiae too, electricity production system can’t be changed from one day to another. So, this urgency to act has to do with the response time of the climate change problem, if we start to act now we will harvests the results one generation or two later. In fact, we are acting to some extent, the renewable energy installations, the research on them and the reduction of emissions per capita in many important countries show some action.  But our action up to know has been timid, has not stop the growing path of CO2 emissions, and even worse it is not guaranteed at all that with this action level the emissions will tip in a short time.

So, yes, I agree, if we do not act fast to get this tipping point we are likely to be short on time later. And here comes the very interesting conclusion of this study, it will not be only much better for our grandchildren, if will be far more cheaper to start seriously now. So let’s talk about carbon taxes to introduce this numbers in our economy.

Comments on: "We are not just wasting time, also money" (1)