I have been quite absent from this blog last years but not from Climate Change news, so I dare to give an opinion about 2016.  2016 was the hottest year on record, it was confirmed by all agencies, NASA, NOAA, WMO,… It is true that “el Niño” effect helped a lot but breaking global temperature records in 2015 and 2016 confirms that Climate is changing and it is changing now and fast. And this, although expected, is really bad news because it means that we have less time left to reduce our CO2 (and some other GHG) emissions. 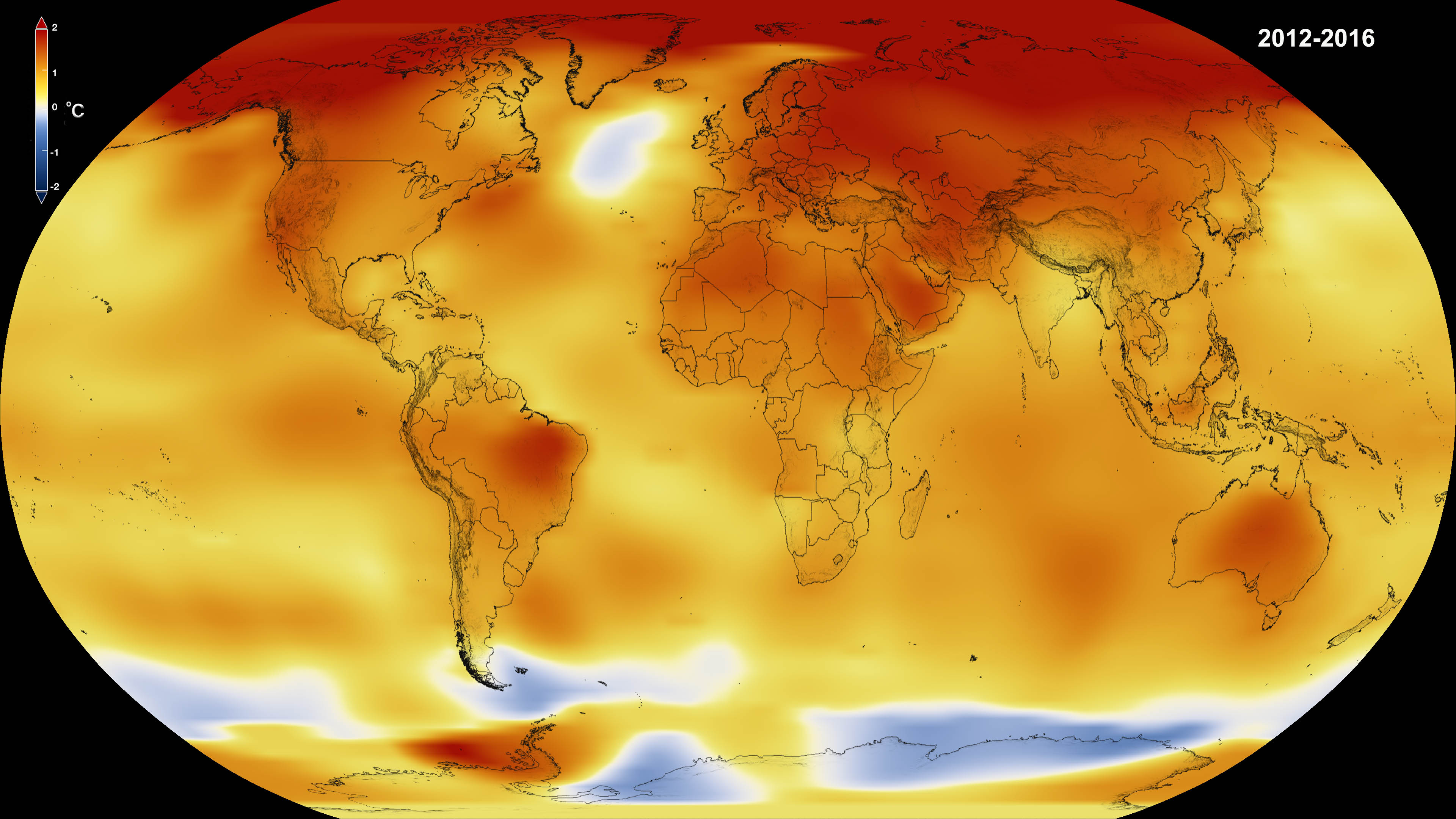 Maybe a positive influence is that skeptics do not know what to say after loosing their hiatus argument, they will come back with it in some time. Nevertheless they are happy because one of them in in the White House and nobody really knows how much he can hinder Climate Change fight (some even consider he can be positive). I think that having a man that doubts about climate change ruling the most powerful economy in the world in years that are critical to get a real and serious global climate agreement is, definitively,  a problem.

To end positively, two important good news: a record new renewable energy capacity was added last year (with lower costs); and coal was passed by renewables worldwide. A good example is brexit UK coal use reduction, historical in the country that started industrial revolution with it.