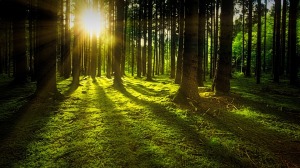 In the last times these two movements are attracting much attention in climate change.

Green New Deal is a strong political movement in USA. A couple of good explanations here: in New York Times and from Australia in Skeptical Science. USA and China are the two main economies David Appel likes it but he would prefer to separate climate change politics from other social politics. After reading it I partially agree but I prefer to connect with the next interesting movement.

On the other hand Greta Thunberg -the young girl that addressed the United Nations Climate Change Conference and in January 2019, having just turned 16,  and was invited to talk to the World Economic Forum at Davos- has started and inspired a school strike against climate change. It has become a really strong young people movement worldwide and it deserves a post itself.

Both are important because have made mainstream climate change, both have helped feel the urgency of climate action that scientists are long ago explaining, both are reaching worldwide scope. At the same time they are different, Green New Deal is very political and School strikes are mostly social. Green New Deal comes from American politics and School strikes come from the cold northern Europe.

So I am very happy to hear in the news that climate change is a big problem and we have to act as humankind. This was really necessary both at political and social level. What I miss is concreteness in the message. It would be nice to focus on asking to close coal power stations, install yearly a good amount of renewables, support for governments speaking about end of fuel vehicles,… And it would be really great to ask a worldwide carbon tax that is one politics that would move many others. Concreteness is imperative as we need fast action.