Last saturday was again the earth hour or planet hour. In the day itself and later it was funny to read many skeptics fight against it as here, or here more aggressive. There were favorable posts too.

My personal balance this year was worse than last year because we forgot about it until last 30 minutes, so I did not help much in spite of being convinced. And a more general balance? WWF shows a nice gallery of  images  that demonstrates at least some action arround the world.

Like last year I have collected the electrical demand data from REE (the official source), and even if the consumption was higher than las year, 31600 MW, it was 2000 MW lower than the previous saturday, more or less like the last year. Not so bad but not impressive as I would like, but this figure is only about a very small part of the world, we have to remember that this is a world-wide problem and a world-wide action in this case. Anyway, I agree with my ideas from last years post.

This is not going  to change hour emission path but coordinated global citizen action is very important and could be very helpful to push the different policy makers to endorse the solutions we have, because it is possible to reduce hour emissions without going to the caves again. 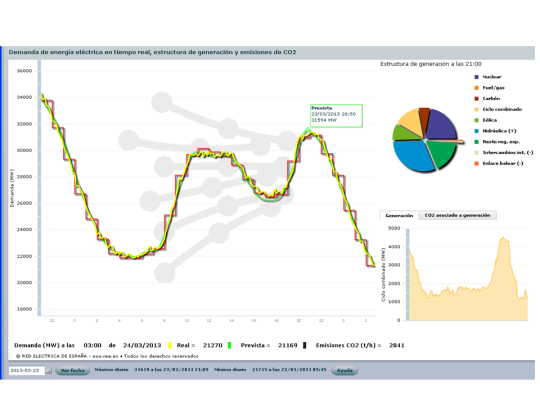 Tomorrow I will switch off the lights for one hour 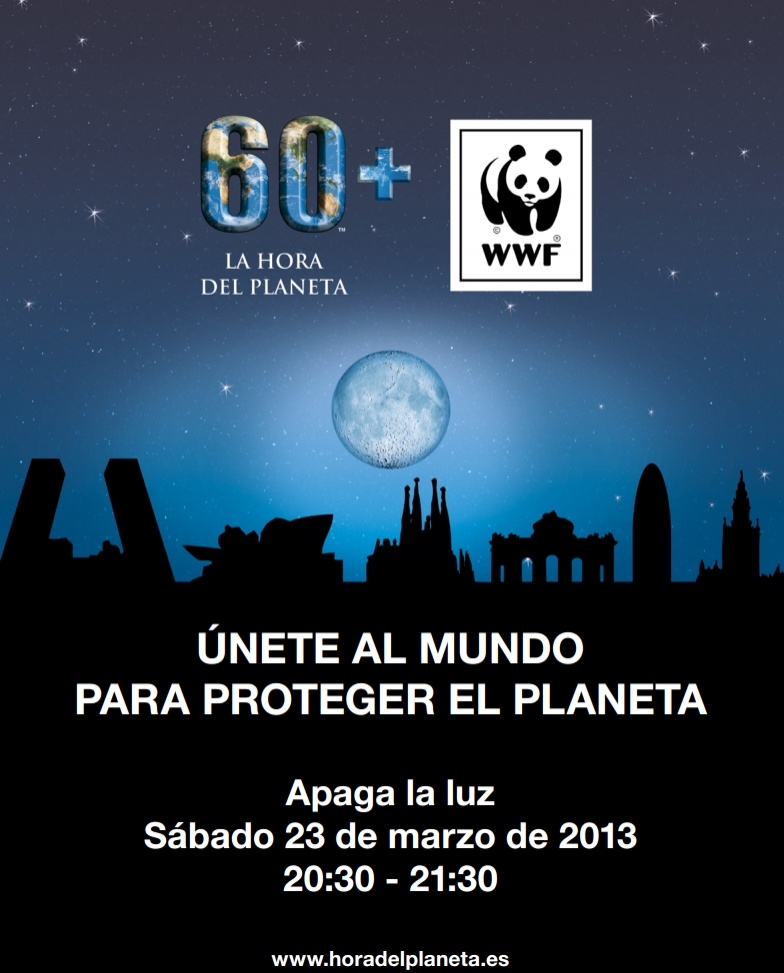 I was glad to read about planet hour in this science post. I did take part last year and I still consider it a good tool. It will not change the course of our planet emissions but it is a way of taking part as a citizen in a global action to ask more important actions. It is a clear and direct symbol, it is not difficult but help us think a bit about our needs in our everyday life, and again it is global and we need global action and global solutions for this very global problem of climate change. Let’s start with this small but symbolically strong effort.

Thanks to the wonderful information from Spanish electrical distribution data it is possible to make an evaluation of Earth Hour. At 21:00 29000 MWh were used whereas it was 31500 last saturday and 31400 the previous one a 8% less. It is more than my expectations because I checked the lights around me and I did not notice any change with respect to a normal day. Even ourself started late as we did not notice the hour, after that we enjoyed 45 lovely minutes in candlelight. And I have to confess there was some light outside, so it was not so difficult.

To compare it with another figure, there was a general strike on Thursday, in this case the consumption dropped more or less from 33000 MWh to 27000 MWh in the morning hours, a 18%. The three last figures in the post show the day consumption evolution for those three days, Earth hour (saturday), strike (Thursday) and before strike (Wednesday).  Four basic conclusions: